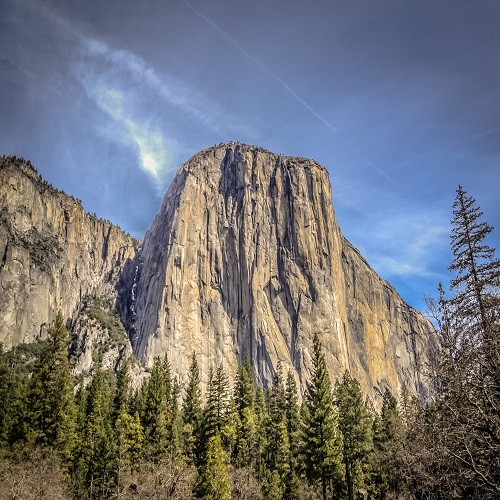 Today I am going to talk about non-identification with one’s own thoughts and feelings in more detail. I have discussed non-identification in session three of the six-session stress management programme, which you can find on the clinic website. And I take this opportunity to discuss this topic further in greater depths.

Traditionally our Being has been understood in terms of it’s three components that is – the body, the mind and the soul, but with the advent of science, the concept of soul was discarded as it was a religious concept and could not be proved scientifically.  As a result of this everything about the psychological aspects of ourselves was considered as the mind.

But when you look at the spiritual traditions in eastern cultures, the mind was understood only in terms of the intellect that is judging, feeling and reacting part of our Being and the soul was considered separate from it.

Without going into the details of this controversy I’d like to say that deep inside our psyche there is a space or consciousness which is non-judging, emotionally neutral and non-reacting and if we see that as our true self it’s easier for us to manage our mental functions.

Eckhart Tolle, a very famous Canadian psychologist and a spiritual teacher has described his experience in one of his videos which is worth considering here. In the early days in his life during a moment of anguish he said to himself, “I can’t live with myself,” and soon after he reflected on this statement saying, what am I saying here, I   can’t live with myself, does that mean there are two entities inside myself, and after some reflection he understood that he had a “mind” and his true self was different from it, which can be described as the spirit or inner consciousness. And he started saying that one shouldn’t identity with one’s mind but look for stillness within.

When I say this is my pen, my smart phone or my computer, I mean to say that I am not the pen or the smart phone or the computer but I have one, which I’m using in order to lead a normal life. In a similar fashion when I say “my mind” I mean to say I am not the mind but I have one, and I  can use it the way I use my pen or my computer.
And I should have the ability to use it when I want to and shut down when I don’t want to use it.

It is easy to understand that anything that occupies a particular space within a system for short periods of time can’t be described as an essential part of that system.
For example, the air in the room that I am in right now, does it belong to this room? If we talk about it this very second, then the answer is yes, but if we come back after ten minutes then the answer would be no, because it’s constantly coming in and going out. So you can’t really say that the air is part and parcel of the room or it belongs to the room in the true sense of the word, whereas the relatively permanent fixtures such as the plaster on the wall, the radiator, and the electrical fittings, the doors, the built-in wardrobes can be seen as parts of the room. In the same way, what stays with us for a relatively longer period of time can be seen as our true self, whereas something that is constantly shifting, moving, and changing such as our thoughts and feelings would not be considered as part of our true being.

The clothes that I am wearing right now can’t be seen as part and parcel of my personality because tomorrow I may be wearing a different set of clothes, but my face, my nose, my ears can be seen as who I am.

In the same way emotions such as our anxiety, depression, anger, passion that come and go can’t be seen as our true self but some of the qualities that are deeply rooted such as equanimity, friendly feelings towards others, compassion and sympathetic joy can be seen as the essential part of our personality and it would be okay to identify with that part of the mind but if we start identifying with the mental constructs then it can create unhappiness as it is constantly changing.

We can also use the analogy of the sky, we can see clouds, snow, sunshine, duststorms, strong winds in it but they are different from the sky. So we are the sky and all the thoughts and emotions that we have are like the clouds, the sunshine, winds and the dust.

The problem with us is that as soon as a thought enters our mind we immediately start identifying with it, believing in it, become its advocate and start acting on it, not realising that it may be just a random thought, an induced thought or an adopted thought.

The mind is designed in such a way that it thinks of the worst possible scenarios first and it has its own purpose as it wants to protect us from all the dangers. To give an example if I can’t locate my phone the first thought that may come to the mind is – has somebody stolen it but then I say to myself no, no, that’s not true I haven’t met anybody.

The third thought may be – have I left it in my car, and I go and find it there. So the first two thoughts were not real, and I needed to cancel those thoughts in order to arrive at the reality.

Another example – if the food I am having tastes funny, the first thought may be – has someone mixed something in it, but then I say to myself nobody has come here and I have prepared the meal, the next thought maybe – am I eating stale food? but then I check the labels and reassure myself that none of the ingredients were out of date.

The next thought that comes to mind is am I trying a new herb or a new spice and then I remember – yes I have used this new herb today.

So the first two thoughts were not real, and I had to cancel them.

The same logic applies to our other thoughts as well, by a rough estimate I can say that about 70% to 80% of the thoughts that come to my mind automatically don’t represent the reality out there properly, and it’s my job to cancel them so that I can have more realistic thoughts.

We can apply this principle in our everyday life by saying to ourselves, whenever we have any negative or even pleasurable thoughts, that these thoughts of anxiety, depression, anger, passion are not my real self. By doing so we can dis-identify ourselves with that thought.

When we decide not to identify with a particular thought, it doesn’t mean that we are cutting ourselves off completely from it and can’t work on it.

We can still use the thought and be in control of it, like we use our smartphones, computers and cars. We can use them when we want to and then shut them down when we don’t want to. In the same way through non-identification, one acquires the ability to think what they want to think and stop thinking if they don’t want to think about anything
in particular. The most important thing about non-identification is that we neither welcome nor resent any of the thoughts or emotions, we simply choose when to use them and when to leave them alone.

It’s similar to our attitude to the internet – which has all the good and the bad things, we neither welcome them or resent them. We simply use it in a specific way and stop using it when we want to rest our minds.

I would like to give an example of Byron Katie, she is a very famous self-help guru in America. She herself suffered with severe depression and withdrew completely into her bedroom. Her appetite went down and she had suicidal thoughts but then she thought to herself, “why am I like this? And the answer that came to her mind was, “because I believe in every thought that comes to my mind; the thoughts that people don’t love me, don’t respect me, don’t understand me or are not supportive of me,” She, therefore, decided not to believe in all these thoughts that came into her mind and she got herself cured of the depression.

The four questions are whatever this thought is telling me is – it is true? And don’t settle for a quick yes or no answer, spend some time reflecting on it, think around the issue, chew on it.

and the fourth question is – if I don’t believe in this thought who will I be and what will be the consequences for me.

Someone asked me, “if I keep saying to myself these thoughts and emotions are not my real self then what is my real self?”

The answer to that question would be that deep inside our consciousness we have a space that has been described differently in different traditions.

According to Buddhist thought, it is characterised by four things:

(2) friendly feelings towards others

There is another way of understanding our true self – in Hinduism, it has been described as sat-chit-ananda which has been differently translated in the English language in different texts such as:

In a nutshell – deep inside ourselves there is a special type of consciousness that is filled with knowledge about the functioning of this universe and it is full of unending bliss. And that is our true self.

Some authors have gone further and have said that when you have reached that state the concept of self also falls off – all that remains is – Existence, Knowledge and Bliss.

I hope you have found this discussion helpful. 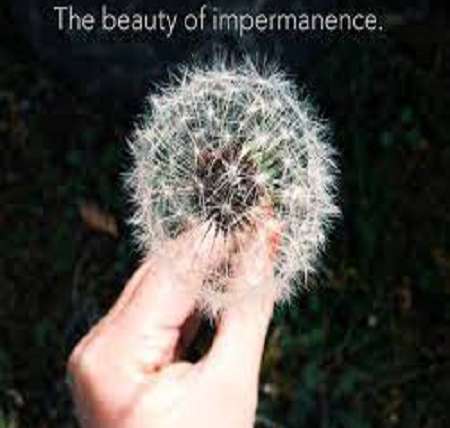 Understanding the Principle of Impermanence