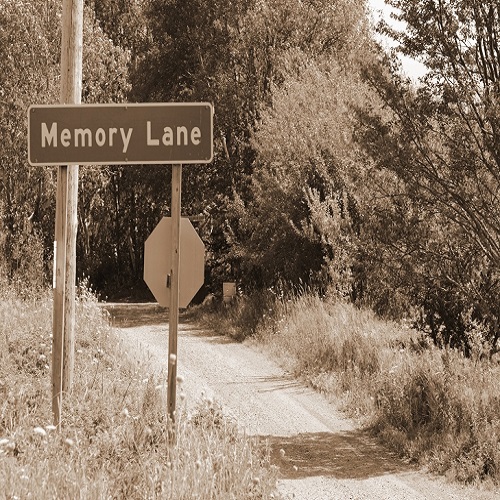 Nostalgia has a magical quality by which our ordinary past experiences are turned into special ones.  Even the painful experiences are transformed into bittersweet ones. The ordinary everyday experiences are examined through the tinted glasses of “good old days” and the “lost worlds” that can’t be captured again.

Some authors have viewed nostalgia in terms of a screen memory or a screen effect. It is a memory fallacy and a defence mechanism used to disguise the psychological disturbance from an event as resulting from another (typically less traumatic) event or memory.[1]

Nostalgia as a mental illness:

The word nostalgia was coined in 1688 by the Swiss physician Johannes Hofer. Taken from the Greek words “nostos” meaning return and “algos” or pain. It was seen as a medical disease with distinct clinical features.  Hofer saw this malady in Swiss mercenary soldiers who pined for their Homeland. He believed that the symptoms of the disease including bouts of weeping and a lack of appetite were caused by vibration of animal spirits through those fibres of the middle brain in which the ideas of the Fatherland still cling.[2]  It can accompany hearing voices and seeing ghosts of people and places missed, homesickness, fever, malnutrition and cardiac arrests.

For Theodore Calhoun, an American military doctor, nostalgia was something to be ashamed of, and those who suffered from it were unmanly, idle and weak-willed. He proposed curing it with a healthy dose of public ridicule and bullying i.e. shaming it out.[3]

Some see it as a pointless indulgence, but this view hasn’t received widespread acceptance by researchers who find nostalgia as serving very important psychological functions.

It was Marcel Proust, a French writer, who humanised the act of reminiscence. In his book – Remembrance of things past, published from 1913 to 1927 the narrator tastes a Madeleine cake which lets loose a torrent of memories.

Nostalgia as a psychological coping:

Reminiscences therapy has been used in dementia patients using objects, photos, songs to trigger deepest memories.  These are used to reinforce a sense of identity and continuity.

Nostalgia can be used to nullify our current negative experiences and self-judgments – having something positive to fall back on is a coping mechanism we can use in dealing with our current stress. Sometimes nostalgic memories of how well people treated us in the past can counter the negative self-evaluations of the present time.  Remembering our relationships with our parents, relatives, teachers, friends, neighbours, etc and how they viewed us can encourage us to face the challenges of the present time.

Nostalgia is not just about positive experiences but negative as well, and mostly they are a mixture of both. The nostalgic moments can offer us an opportunity to neutralise our negative emotions and redefine the positive ones.

This rosy view of the past helps us to balance out the corrosive snap judgments that pile up in everyday life and can also help us improve our interpersonal relationships.[2] However, excessive reliance on them, like the use of guided imagery, can make them more potent, which may be good in the short-term but not in the long-term.

Zhou et al. have argued that loneliness directly leads to a reduction in one’s perception of their social support. They have further stated that feelings of loneliness trigger nostalgia which in turn, increases perceptions of social support. They noticed that this restorative function of nostalgia was particularly apparent among resilient persons, and concluded that nostalgia was a psychological resource that protected and fostered mental health.[5]

Research conducted by Cheung et al have suggested that nostalgia is not simply a past-oriented emotion, but its scope extends into the future, and, in particular, a positive future. They concluded that nostalgia, induced with certain lyrics, fosters social connectedness, increases self-esteem and boosts optimism. The nostalgic experience is inherently optimistic and paints a subjectively rosier future.[6]

Cognitive psychologists have identified a phenomenon they refer to as the Pollyanna Principle. In a nutshell, it means that we process, rehearse, and remember pleasant information from the past more than unpleasant information. (An exception to this pattern would be depressed individuals who continually ruminate upon past failures and disappointments.)

For most of us, the reason that the good old days seem so good is that we focus on the pleasant stuff and tend to forget the day-to-day unpleasantness. These innocent forms of self-deception enable us to keep striving. If our past was good and our future can be even better, then we can work our way out of the unpleasant, or at least mundane, present. Individuals in our evolutionary past who were not so delusional would have been out-competed by cockeyed optimists, big time, and it is these “cockeyed” genes that have come down through the ages to us.[7]

Psychoanalysts have viewed nostalgia as incomplete mourning, an attempt to re-enact reunion with the lost object. It arises from a thwarted desire to regress to the early stages of life. It is a bittersweet pleasure tarnished with the adult knowledge of loss. Although the nostalgic fantasy renders the imagined-self back through reverie to a particular situation representing an imagined situation, the fantasy is passive and devoid of a sense of internal agency. In her description of nostalgia as the “desire for desire” Stewart illuminated the inactivity and stasis of the nostalgia state.[8]

Geachan viewed nostalgia “as a relationship to a lost object which avoids mourning and subsequent internalization of the object”.[1] Werman has discussed nostalgia as a substitute for mourning, as an attempted mastery through idealization and displacement of a painful past, as resistance in analysis, and as a counterphobic mechanism. Nostalgia not only serves as a screen memory, but may also be said to operate as a screen affect.[1]

The urge to hold on to the object that cannot be mourned precludes investment in a new object. Holding on to the nostalgic memory is symbolic of holding on to the image of a lost mother. The nostalgic object—the mother—is perceived as a needed object for transformation.

Some authors have believed that for nostalgia to be normal, it must contain a depressive component that is related to the recognition that the past is irrevocable. In its pathological form, the mood contains only the elated aspects without the acceptance of loss, or what could be described as bittersweet sentiment.[9]

At times nostalgia doesn’t manifest as memory or emotion but an action. The person does not remember anything of what they have forgotten and repressed but acts it out. In this situation, the pleasure of nostalgia resides in the search for the old object. Awareness of loss is avoided. This leads to an indefinite quest for an object that can never be found—a quest that ironically temporarily fulfils the desire. In nostalgia, the linkages are unrecognized, the mourning for the mother or powerful transformative other is refused, and one continually seeks to duplicate the transformational relationship outside of oneself rather than recreate it within. This stops one from acquiring a healthy internalisation of the lost object. They remain stuck in limbo and unable to move on in life. It manifests as a compelling interest in and collecting bric-a-brac of flea markets, garage sales, vintage objects, keepsakes and souvenirs of a childhood past. The items that connect the person to a past and its unresolved issues, and a parent figure whose loss they have not been able to come to terms with. However, these objects were never quite right and attempt to find more always begin again.[10] The search for the comfort from one’s past has no ending.

How to respond to nostalgic feelings:

Some authors have indicated a need to break free from nostalgic memories. The sadness you feel when you think about things that can never be reclaimed should be enough to propel you out of the nostalgic reverie. McAndrew agrees there’s a balancing act between going there enough to give you that warm fuzzy feeling but not letting it swallow you up, you don’t want to live there you want to visit.[3]

From a meditation perspective, we must allow the nostalgic memories and feelings triggered in a given situation to run their course, but whilst experiencing/reliving them we must not add more fuel to the fire. Nostalgic memories are unresolved issues from one’s past that are popping up in the conscious mind and it’s best not to mirror them in our conscious mind.  The memories, both pleasant and unpleasant ones, have appeared in our mind not just to get transformed but to transform us. They provide raw material for our personality development, as bittersweet memories from the past need to be integrated with the bittersweet experiences of our present day life. 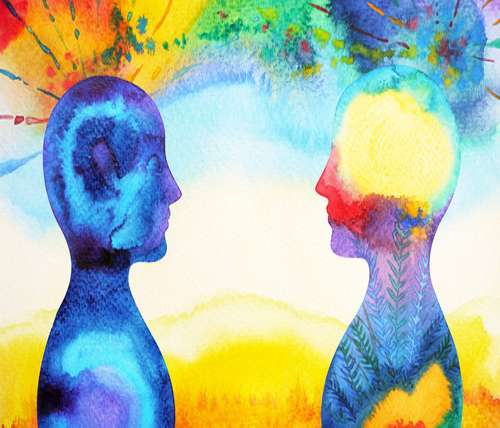 Self-Disclosure: A Vulnerability or Strength? 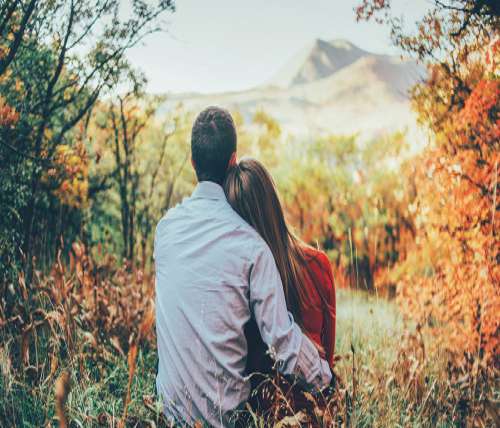 Understanding the meaning of “Soulmate”