Mullah Nasruddin, a Sufi Mystic, was on his death bed. A priest came and asked him to repent for all the sins that he had committed, as he was going to die soon.

Mullah replied, “don’t disturb me. I am already doing that, I am already repenting for all the sins I have not committed. Life is so short, it’s ending, I could have done much more, who knows whether there is a heaven or a hell. I am repenting for what I have not done” – taken from a book – Ashtavakra Gita – written by Shri Ravishankar, Shri Shri Publications Trust, India.

Rasputin, the Russian mystic and healer, foolishly said “you have to sin first before you can seek repentance and salvation”, not understanding what is meant by sins. Because he didn’t see himself sinning enough – perhaps his definition of sin was different. This led him to steal horses, give false evidence, commit sexual misconduct, etc.

Sin has been defined differently by different religions. Romans defined sin as – “whatsoever is not of faith is sin, we do something that goes against trust and faith in God – that’s sin”. By the definition, anyone who doesn’t believe in God has already sinned. – not a good definition – it has its own problems. Contrary to that those who think they have not done anything against trust and faith in god haven’t sinned at all.

Christianity defines sin as “any lack of conformity to the moral character of God or the laws of God. We sin by thinking evil, speaking evil, acting evil or omitting good”.  This creates another problem of defining of what is evil and good.

Sin is defilement.  It is to the Soul what stains are to a white cloth.

All these definitions refer to deviation from the commandments, a set of standards that are set by God.

However, the definition of sin is different in Buddhism, Jainism, and Hinduism. According to the Eastern philosophies – Sin is – when you generate any defilement in your mind that results in thoughts, speech, or action that cause hurt or harm to another human being. Anything that we do with the intention to make others happy is a pious deed. The problem with this definition is – if someone gets hurt as a result of your just actions – have you sinned in that situation as well. You don’t get rewards if someone gets benefitted from your good deeds without your intention.

The word “defilement” here is defined as having strong cravings and aversions in our minds.  And the root cause of all cravings and aversions is our ignorance.  This ignorance is different from the commonly used meaning i.e. lack of knowledge of a subject matter.  If that was the case then one is not responsible for one’s ignorance.  You can’t blame an egg for not being a chicken.

I can be held responsible for my ignorance if I had all the required knowledge, to begin with and I lost it on the way, but if I am starting from a zero you can blame me for all the knowledge that I haven’t acquired yet.

From this understanding what the bible says is right – that we all have sinned, because we all create cravings and aversion all the time.  The loss of equanimity at this moment is the root cause of Sin (we are not talking about the past and future), and in that respect – we have the ability to stay equanimous right now if we knew who we are, and if we are not exercising it we are responsible and failing in our duty to ourselves and sinning. The emotional reactions of cravings and aversion are like sowing the seeds for any sinning that can happen later on.

The same action can create different levels of sin

Harming or Killing an insect is a lower level of sin

Harming or Killing a bigger animal is a level higher

Harming or killing an animal that doesn’t harm anyone – such as a cow, a horse, or an elephant is one level higher

Harming or killing a cruel human being is one level higher

Harming or Killing an average human being is one level higher

Harming or Killing an innocent or saintly person is one level

Killing one’s own parent, child or sib is still higher – scriptures say one is born as a pig in the next life if one has killed ones, parent or child.

What is love of God ? 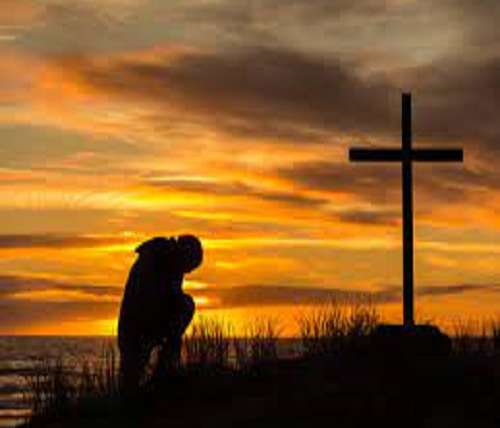