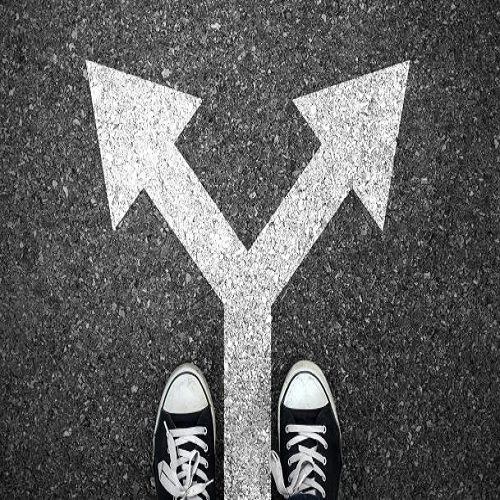 I have believed in what most religions and many philosophies say – that we all have freewill. That who we are today is the product of our choices made in the past – perhaps including a previous life as well.

But so far I have not been able figure out which thought of mine was a product of my freewill and which one an automatic product (effect) of some previous cause inside or outside of myself. The creator of a thought should be able to differentiate between these two categories – otherwise how can you say he has exercised his free will here and should be held responsible or get credit for creating it.

To be honest I don’t think I can create any thought, they happen to me – I simply dismiss an existing thought and it is replaced by several new thoughts and I say yes to one of them.  Or I tune in my mental radio to a different feeling state so that relevant thoughts start flowing through it.  Various thoughts are knocking on the door steps of my mind, and I say yes or no to them – perhaps that is my free will.

Sigmund Freud talked about psychotic determinism – that every mental event is determined by certain events that pre-existed in the mind.  This cause-and-effect logic doesn’t allow any room for freewill. As anything that we experience is the effect of some cause and that cause was in turn an effect of some other cause.

But there is a room for inserting freewill at the level of the causes – that we can create new causes out of our free will. One may have an arguing against this as well – that there must be certain factors, material or building blocks inside of us in the freewill department that make that intention happen or create the freewill, and it doesn’t come out of the blue from nothingness – and is the person conscious of all this process to be able to take the credit for it or be held accountable for it.

Existentialism says – Our Existence precedes our Essence, this view is opposite of what religions say.  The essence here means a blue print/grand design/purpose/they calling. Existentialism explains it this way – imagine when the first chair in this world was made – the maker of the chair had a blue print of the chair in his mind before the chair came into existence, according to existentialism the same does not apply to human beings before they are born.  According to them humans exist first and then they figure out and create a plan for themselves.

The religious example would be like – a fathers gives his son a certain amount of money and a plane ticket and says “you go to the Heathrow airport take the flight to Sydney and you will meet Mr X there, he will take you to a farm there that I have  bought for you  and you look after it, and there is a girl for you there and meet up with her and decide if you want to marry her.

Existentialism will say there is no father and no girl for you – your ring your bank manager and find out how much money you have got, withdraw whatever you want, decide where you want to go and what vocation you want to pursue. According to existentialism you are the result of your choices and fully responsible. Because you have freewill – of course within your thrown / limit conditions dictated by your genetics etc.

In my view it is possible to integrate these two points of view  (freewill v determinism) with the following example:

A cattle is tied to a pole with a rope of a certain length – the length of rope will determine how much freedom the animal has to roam around and graze, and beyond that circumference it is not free.  We are also free within the parameters of our thrown conditions or limit conditions i.e. genetics, family, body and brains we have got etc.

But this rope is magical – If we make the right choices and use our freewill appropriately –  the rope gets longer and longer and a day will come when we are completely free even transcending our genetics and going beyond our biology — but this will depend upon our efforts in exercising our freewill in a proper way.

Rollo May has described this freewill in terms of a game of chess. To begin with both players have equal freedom to make the moves, but if one player is playing badly his choices keep getting limited until he reaches a point where his king is under threat and he can’t save it.

Let us take the example of the freedom accorded to an average citizen- if he abuses it his freedom gets gradually curtailed to a point where he might find himself in prison or drug rehab centre or even face gallows.  If he exercises the freedom responsibly his fredom will increase by way of having more money, greater social influence, greater ability and spiritual powers.

Sometimes what appears to be our resignation to our destiny or surrendering our Will to the Will of God as being fatalistic / deterministic – but in fact it may be an exercise of freewill.  It makes us free. Here is an example from the audiobook (available on YouTube) – The Gospel of Shri Ramakrishana.

One night he was sitting outside a veranda – robbers were passing by and wanted a carrier – so they abducted him and piled their stolen goods onto him, soon after a watchman came and the robbers fled away leaving him with the stolen goods. He got arrested – and was produced before the judge – Villagers came to his rescue and spoke to the judge.

The judge seeing his innocence and spirituality released him. Coming out of the court the weaver said to his friend – the Will of Rama has released me.

A psychological analysis here could be that – as soon as you accept something as Will of God and be accepting of it, the unhappiness in your mind turns into equanimity.  this equanimous part of the mind has the ability to properly exercise one’s freewill as it is free of the constraints of one’s emotions.  You are not constrained in any way and you should feel free to do whatever you feel appropriate and say to yourself I was able to do it because it was the will of God. One can find his free will even in this total surrender. –

A modern-day self-help guru Stephen Covey explains this in his book seven habits of highly effective people as – the circle of influence and the circle of concern.

The model is based on two circles. The first is our circle of concern. This includes a whole range of things – attitudes in society, the work culture in the organization you work for, the things your colleagues do etc. The actual list will depend on the individual, but the important thing to understand is that there may be little you can do about many of these things since they are outside your influence. Devoting energy on them may be a waste of time – the equivalent of shouting at the television if you don’t like a programme – and time and energy once spent has gone waste.

Our circle of influence will be much smaller. It includes the things we can do something about. The extent of this will obviously be related to your power – 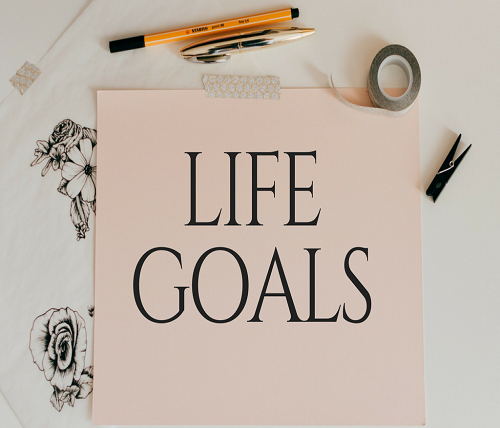 The Goals in Life (audio clip) 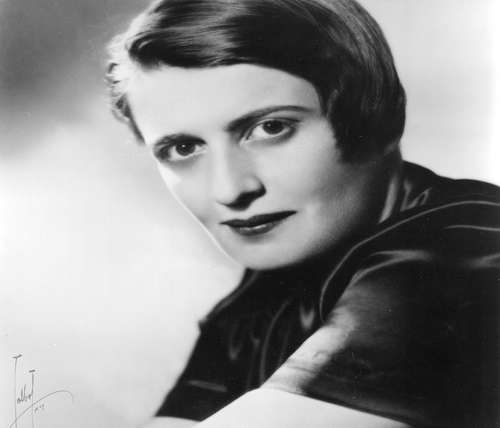 Ayn Rand spoke half-truth, let us figure out the rest